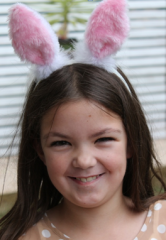 Happy Easter to everyone!  Chocoholics rejoice.  For many, Easter this year marked the start of the school hols, and therein the end of the school lunchbox routine for a few weeks, and the start of entertaining the kids 24/7.  But it was also Easter for employees, a short break for we full-time workers that was a welcome respite from the five-day grind.  Do you think we would enjoy it so much if we didn’t work full-time?  Probably not, after all it is absence that makes the heart grow fonder.

We made the decision to head to the Gold Coast with sister of a man-child (leveraging a work trip to good effect it has to be said), leaving the men-children at home for Easter.  At 17 years old, we debated whether or not we could trust them at home, and decided the time had come that we could.  However, we also importantly decided not to tell them our plans until we were virtually walking out the door.  We all know how quickly they can organise a party these days, so why give them any further advantage?  We also ensured the car keys were hidden, lest they indulge in joy-riding again!! (You can read about that here).

Credit to sister of a man-child, as she maintained the secrecy around our holiday for a few weeks.  If truth be known, I think she actually liked having one up on her brothers for a change.  However, at the last-minute our secrecy almost back fired on us.  “The deck” (now officially christened by the boys and proving to be a successful venue for small gatherings), was planned to be the scene for “pres” for an end of season rowing party that had been in the diary for quite some time.  The idea was sprung on us at the last-minute, and we were actually very reluctant for him to hold it, especially since it was the day we left and we knew we weren’t going to be here to supervise.   So we dug in our heels with countless reasons to not host it, and finally luck delivered us the solution we needed.  The official party was cancelled, there-in ending the need for any “pres” at all.  Trust me that was close!

The following night we learned that one of the boys was invited away for Easter, leaving only one at home.  Even better – they tend to be more trustworthy alone in my view.  As it transpired we told one of them our plans late the night before we left (actually as a reward for his behaviour and attitude), and the other literally an hour we before we walked out the door (yes, he had been a right little shit and we were punishing him in our own small way).  And the response?  They were a little surprised, but didn’t have much choice did they?  One asked how long we had known and kept it to ourselves?  We nonchalantly replied “Oh, about a week” (or two). 🙂

So how did it go?  Well actually pretty well.  There were definitely a few gatherings in our absence (all made public to us not secret), and we came home to a thoroughly clean house, including a washed deck.  At least one man-child understands the need to reinstate the house to its normal order.  The biggest issue was the other man-child whose only job was to put out the rubbish bins before he went away – and yes, just like the other time, he didn’t do it – aaarrrgh!  Seriously annoying.

Our house-sitting man-child was even good enough to fill in the answers to the questions his sister had left for the Easter Bunny.  Now that’s a nice thing for a big brother to do isn’t it?

So tell me, at what age did your parents let you stay home alone?  And for how long?  Do you think we are being too trusting?

The first time we left them home alone, we were mega worried.  But the end result was actually okay.  You can read more about that here: