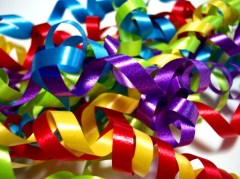 Recently the boys made a rare request to host a “gathering” at our house. Not a party, but a “gathering”. If you have kept up to date with all my glossaries of teenage speak, you will know this is a small group of adolescents, gathered together for a social occasion, most definitely NOT a party (or so they will have you believe). This particular gathering was even more specific, in so far as it was actually for “pre’s” (again refer the glossary for the definition, but it’s what we knew as pre-party drinks).

The boys have not actually asked to host pre’s before, or even a gathering. I suspect it’s because they have what they would call the “world’s strictest parents”, and they just didn’t feel it was going to be considered, or they were too embarrassed to even have people here? Whatever the reason, it transpired that there was a party on in our neighbourhood that they were both invited to (in itself a rare event given their diverse circles of friends) and it was opportune to stop in for an hour or so for some pre-party drinks.

Now savvy Australian readers of my blog will know that to host a party and serve alcohol to under-age teenagers actually requires parental permission or the risk of a fine. You may well pass judgement on us, but we did allow our boys to host “pre’s” for a couple of hours at our home. For the record it was strictly BYO, we didn’t supply it to them. The party they were going to was also allowing them to all take in alcohol in “limited” quantities. So where would we rather they consume the alcohol? Certainly here is preferable to the local park (sound familiar)? And the advantage of hosting it was offering to supply food to the small number of attendees – there-in filling their stomachs and soaking up some of the alcohol. 🙂

The plan was naturally for Mother of a Man-Child, Father of a Man-Child and Sister of a Man-Child to make themselves extremely scarce, freeing up the family room as party central. One of the men-children not so subtly convinced me that the room needed to be de-cluttered (interpretation – can we remove all of 9-year-old Sister of a Man-Child’s artwork and toys from the room?). I explained that none of his friends would even notice it, but also agreed that we could remove it temporarily – it’s important when you’re a teenager to fit in remember. This stuff counts to some of them. His twin brother, being the exact opposite, was so laid back about the gathering he turned up 30 mins after all his friends and didn’t care where in the house they all gathered!!!

Suffice to say the pre’s were deemed successful. They all seemed to have a great time, and weren’t phased by the occasional presence of us in the kitchen. Sister of a Man-Child was adored by the teenage girls (“she’s so cute”), and Father of a Man-Child couldn’t resist talking to the pretty fillies, dressed up in fancy dress with plenty of bare flesh on display. He seemed to win a few fans himself! I played caterer and taxi driver to ensure they all made it to the party safely. And we notched up yet another milestone with our boys.

So, did we do the wrong thing? Certainly according to the law, we did. But with boys who are now old enough to drive a car, and boys who we know drink alcohol, are we just accepting that they are growing up? I guess it’s each to his own, for both parents and kids. I know some of my friends’ kids have less active social lives than my boys. Lucky them I say – there’s no rush to be an adult. But for us, this felt okay to do, and we made a decision and used our best judgement. And that’s what being a parent is, feeling your way every day, and facing new challenges with the breaking of every dawn. Sometimes it’s nice to see dusk trust me!

For the record, we have said no before, when one asked to host “pre’s” before the Spring Carnival races one year. Not on your nelly was the reply and for very good reason!!!! Read about it here.