The joys of single parenting December 7, 2012

I recently spent a full week playing single parent, whilst Father of a Man-Child was off at “boot camp”.  I have to say, when you work full-time and have 3 kids and a household to manage, it’s pretty hard work.  I did a fair bit of travel a few years back for work (including some great overseas trips), leaving Father of a Man-Child in charge.  I realise now I owe him a medal for his efforts.  It’s Herculean just to make sure they don’t starve each day, with school lunches and daily dinners to prepare, let alone squeezing in all the other stuff you need to do, like gym, feeding rabbits and keeping the washing pile under control, whilst also ensuring you are at work on time and never late for aftercare pick up.  Oh, and then being on top of your game at work – it’s not where you spend the day having coffee and chilling is it?  All in all an exhausting week.

Nevertheless I would do it again in a heartbeat for the same results.  We recently packed Father of a Man-Child off to boot camp for a week to kick-start a healthy lifestyle.  At our age, the bad habits of a lifetime can really start to catch up with you, and let’s just say that Father of a Man-Child had done an excellent job in developing a long list of really bad ones, that all needed addressing.  A not so subtle threat finally convinced him to consider a couple of venues for his incarceration, and to his credit, he opted for the hardest of them all – as in the one most like hell on earth for someone with bad habits. 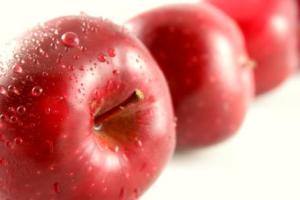 So how did he fare with 7 long days and nights not smoking, or drinking alcohol or caffeine, deprived of red meat, bread, dairy foods, full cream milk, and expected to sustain himself on fresh fruit, salads, fish, more salad, vegetables, more salad, soup, did I mention salad?  And to add to his woes, no TV (that means no sport to watch), no internet, or mobile phone?

You may be surprised to know that he managed it very well.  Whilst he didn’t exactly enjoy it (by day two he told me in a rare phone call from “prison” that he was hanging out for a hamburger and a packet of cigarettes), he did arrive at the end of his term with a whole new attitude, and understanding for the benefits of a healthy lifestyle.  Now for those of you who know Father of a Man-Child, I am sure you would be very surprised to hear him talking about the benefits of Tai Chi, or all the bad stuff in mayonnaise (“not for me thanks”), or sipping black tea in the morning in lieu of his regulation coffee and cigarette to start the day.

We are all thrilled at the conversion of Father of a Man-Child in such a short time.  Already, he’s a candidate for the BUPA ad, you know the one where they show the healthy you versus the unhealthy you.  In seven short days, putting in good stuff, and no bad stuff, exercising, and getting some sun has him positively glowing with health.  The one short-term set back is that in embracing the opportunity to exercise daily he suffered an apparently common injury at boot camp, arriving home with a badly torn tendon in his foot.  Once he is back walking normally, he aims to keep the long walks and exercise up.

For those who are curious to know where he went, it was Golden Door, in the hinterlands behind Brisbane, Queensland.  Highly recommended by Mother of a Man-Child. 🙂