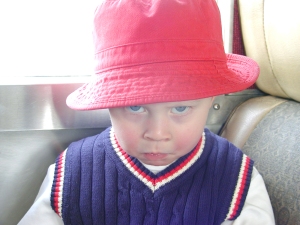 For those who followed my recent journey with a man-child, which resulted in me making some serious (and foolish) threats, you might be wondering how things ended up.  Well as promised, we did sit down with said man-child, and had a very frank conversation about what we expected IF he stays at TAFE, and IF he chooses to live at home.  And we insisted that IF that was the case, he HAD to agree to our conditions for living under our roof, particularly as he is still not 18 (and to be frank, even afterwards).

We also added that we are not actually unreasonable parents, and that he just needs to “suck it up” occasionally, and just accept NO for an answer.  We even made him literally say the words in agreement, so he couldn’t say his grunt was misinterpreted (and people wonder why I am cynical)!  So naturally he spent that night at home, but had the rest of the weekend out with friends, as was his wish.

What followed the next Friday though was the stuff of text books.  Man-child walks into kitchen and casually asks if he can go out that night.  I immediately tell him that no he cannot go out since he spent the day at home, missing school, due to being unwell the previous night.  He looks at me in complete shock, and proceeds to attempt to enter into a debate with me (yes the exact behaviour we had expressly asked him not to exhibit every Friday night).  I park the conversation, and tell him to ask Father of a Man-Child when he arrives home.  Naturally the response is identical – you spent the day at home, you can’t possibly go out tonight, etc etc.

So then the tirade starts, the constant “why”, and “why not”,” what a stupid rule”, “what is your problem” etc etc.  We just let it run its natural course, and eventually he stopped long enough to eat dinner (food is a good alternative to arguing you know).  Then to our surprise (and my sister’s), we eventually made the decision to let him out.  Why you may ask?  Because we decided to reward him.  Yes that’s right, to actually try the opposite tack.  Now whilst you may be thinking that he did exactly what we asked him not to do (nag), the fact is he did stop.  So we chose to reward that behaviour, and let him know that the simple stopping nagging was enough to earn him some brownie points.

So did it change anything?  Well I am not really sure.  We shall see what the next few Friday nights brings.   And we will just keep trying to keep him on the right path, and ensuring that he at least respects us as his parents, and our decisions.

So what do you think, other parents of teens or toddlers?  Is punishment or reward the way to go?  Which one has worked for you in the past?  Or is reasoning the way to go (me thinks not based on experience)!!

If you missed the fun of my original encounter you can read more here:  Choose your words wisely! 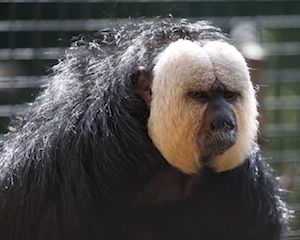 It’s a known fact – part of the joy(?) of living with teenagers is co-habitating with a million hormones.  And we’re not just talking any hormones here, but the most temperamental and unpredictable hormones you’ve ever met.  One minute as nice as pie, sweet and almost human, the next minute positively acerbic, and extremely unpleasant.

Those same hormones will want to sleep during daylight hours and relish the darkened room with only the light of a television as company for hours on end, or conversely be out expending energy in search of a post-adrenal hit, or otherwise standing at the fridge looking for anything they can shove in their gobs to satisfy an insatiable appetite, driven by said exercise.

Such is our life with the men-children.  Sometimes it’s like living with a schizophrenic I imagine, you’re just never sure what you’ll encounter on any given day.  The odd thing with Man-Child I and Man-Child II is that they seem to operate on a tag-team basis.

So for a few weeks (or even months sometimes) one of them will be quite civil, almost friendly to the rest of the household, generally having their shit together, not needing to be nagged constantly, and being an agreeable member of the family.  This seems to be the cue for the other one to turn into an absolute monster – a grumpy, disagreeable, rude and obnoxious beast who snaps at everyone and just can’t be pleasant at all.   Couple these hormones with tiredness due to simply being a teenager and running on empty often and you’ve got a weapon of mass destruction right in your living room.

I don’t really know if it’s a twin thing, or just a sibling thing?  Are we all like this in our moods?  Does this dynamic happen in your house with children or even adults?  I’m thinking it’s more a teenage thing, and totally blame the hormones.  Mind you in our household they’d probably tell you I must be constantly hormonal then because I’m always grumpy!! (Nothing to do with working full-time, and running a busy household, coping with more child-related paperwork than you can poke a stick at, finding time to go to gym, and co-ordinating the taxi service with Father of a Man-Child to ensure three children are where they need to be 24/7 – no, that relentless pace wouldn’t make anyone grumpy would it?).

So teenage hormones – what are your experiences?  Do you remember being the above-described teenager?  Or have you lived with similar?  I know we’ll come out the other end with the men-children, but the rollercoaster ride can be tiring some days.