As the men-children approach their 17th birthday (yes, nearly 18 years ago two small cherubs entered our lives), it seems we just get further and further apart at the moment.  Not surprisingly, their independence has escalated substantially in recent years, but so too has their disconnection from us, their parents, to the point we can barely sustain a conversation with them.  I hope that’s normal?

They are naturally interested in talking to you when they want something – money (thankfully less frequently since at least one of them has a job!), a lift somewhere (in 12 months they won’t just want a lift but the entire car!), permission to go out or have someone over (at least they still ask, although you don’t want to be here if we occasionally say “no”!!!). 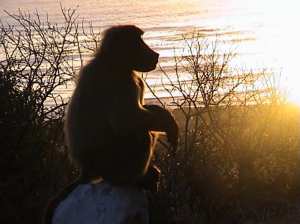 However, should we attempt to engage them in conversation, it is seriously like talking with a mute baboon.  They just don’t seem to want to give you anything more than a one or two-word response.  Unless of course you are texting them, in which case they seem to be able to SMS more quickly than the time taken for their brains to connect to their mouth and utter words, so you tend to get a longer reply.  If you can’t beat them join them?

And then I think back to when I was their age, and how much time I wanted to spend with my parents.  Yep, that would be ZERO.  NADA.  ZIP.  So are they any different to us as teenagers 30 years ago, or any other teenager today?  Probably not, although I think our men-children are towards the extreme end.

I do recall my final year at school with fondness, when I spent more time just talking with my mother.  I assume it was me finally maturing at 17 years of age, and realising that we could have adult conversations about interesting things, and that it wasn’t completely daggy to do so.  Also doing VCE meant I spent a lot more time at home, so it was probably inevitable.

Does Father of a Man-Child fare any better – you know, the father-son bond that is more important and/or influential at this age?  He says not, except maybe in the car, when you have a captive audience, but then he says you end up arguing half way through the drive because you’re trying to teach them some good road sense (L-plates remember) or reminding them to put TWO hands on the wheel (yes, as I’ve mentioned before, it’s a boy thing!!).

So all in all it’s a joyous time to be parents to the men-children.  Sometimes you wonder why we bother to do anything for them – you really don’t feel obliged to provide much for them in any way, when you are left to feel like a door mat, unpaid slave, chef, driver, housekeeper, etc.

Anyway, we’ll hang in there (breathe, count to ten), and hope that things improve a little when we get back into the rhythm of school/TAFE in a few weeks time.   That does have a tendency to bring some normality back into everyone’s life in our house.   And we’ll soak up the joy of a 9-year-old daughter who still thinks her parents are pretty awesome. 🙂

If you have survived the teenage years, please tell me ours are “normal”?  It would make me feel a lot better.  And if you have any tips for getting through to grunting, testosterone-laden men-children, please share!  I would be very grateful.