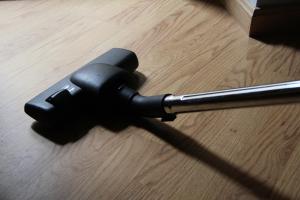 A few months ago, I wrote with some excitement about the initial efforts of one of the men-children to clean his room.  So full of stuff was it, that two garbage bags of clothing barely made a dent to the mess on the floor.  But I was excited nevertheless, that we had made a small step towards cleanliness.

Now that said man-child is on “holidays” whilst he finds a full-time job, I mentioned the other day that it was the perfect opportunity to continue to clean his room.  My request was met with compliance and complete agreement from my man-child – with one caveat – he refused to commit to a time frame.  I realised this as each day passed with yet another excuse.

“Give me a break, I’m just on holidays”

And finally last week’s response – “you just don’t encourage me or motivate me do you” to which I explained that the first few requests were in fact quite pleasant, but by the time I had asked TEN TIMES I was no longer being nice about it!!!!

We reached a tipping point recently when I was in his room and noticed the layers of dust in the corner – and that was only what I could see readily.  Now to be fair, I wasn’t overly surprised by this, as I have instructed the cleaners to only vacuum carpet that has nothing on it – that’s about one square inch each week.

To top things off, his sheets went unchanged for about 2 months (yes, totally gross, but I absolutely refuse to do this for almost 18-year-old boys) and after he eventually stripped his bed and threw the dirty linen on the floor way back when, rather than make his bed he then slept with a blanket on his mattress, and just the doona (no cover) for another 2-3 months.  Ewwwww!  I tried to explain the benefits of fresh linen, and the wonderful collection of bugs etc that thrive on the human body and live in our mattresses and doonas if we let them, but to no avail.  The other day I explained that I had shared his delightful habits with a friend who was absolutely appalled, and surprise, surprise, that night, he actually changed his sheets.  I must have embarrassed him into doing it (the irony of further sharing his revolting habits with an even wider audience is not lost on me).

As to his room, I have now delivered him an ultimatum – either clean your room by Saturday night or I will clean it myself on Sunday.  Now that caused him to think about his options:

I will report next week as to the outcomes of my threat and/or efforts to clean his room.  In case you are wondering, no his twin brother is not like him (thankfully) and does keep his room reasonably tidy and change his sheets regularly.

You can read about my earlier excitement here: