They say a picture paints a thousand words.  So here it is. 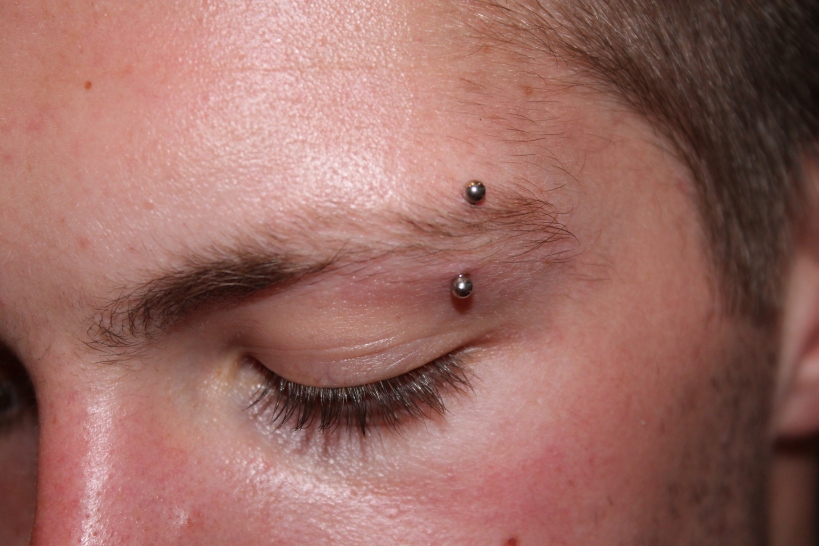 Yes, that’s right, man-child has done it.  He’s actually got an eyebrow piercing.  Now that he’s left school, and he’s 16 years old, he’s apparently allowed to, without needing parental permission.  No doubt he’ll fit right into trade school next year and the building sites in due course (yes I know I am painting a picture of a stereotypical tradie here, not necessarily an accurate one.  Apologies to my tradie friends who don’t have piercings).

As the man-child did warn me the other day, and Father of a Man-Child had actually told me he’d had it done, I was pretty calm by the time I actually saw it.  Father of a Man-Child, on the other hand, was not.  He insisted it be removed ahead of a special dinner out on Sunday night, for various reasons, including respect for his father (grandfather to the boys).  I explained (as others who have had piercings will know) that you actually can’t remove it for 6-8 weeks, so the solution is to cover it for the night with a small bandaid.

I think there is some concern about the opinion of one grandfather in particular, but I also think husband may be surprised by the mellowing of his own father’s attitudes in regard to this sort of thing.  Certainly there is anger that our son has got the piercing, with little respect for anyone else, and to be honest, I can empathise, to a point.  But I also recall our nephews going through exactly the same thing, and neither now has them in their 20’s, so I am confident in time he will remove it of his own free will.   And let’s face it, at least it’s not a tattoo!!!

For those who are curious, I asked where one goes to get an eyebrow piercing these days.  I was quite amused to learn he was referred to a reputable establishment apparently – called “Off Ya Tree”.  And yes they do sell exactly what you would expect.  Say no more!

4 Responses to “The Piercing – It’s Official”